Some time ago we published a post about the main brands of Japanese chisels. Since then, we still want to know more about these millenary tools, their characteristics and their applications. After researching and consulting different artisans of wood, today we can go into the different types of Japanese chisels, known as Nomi. 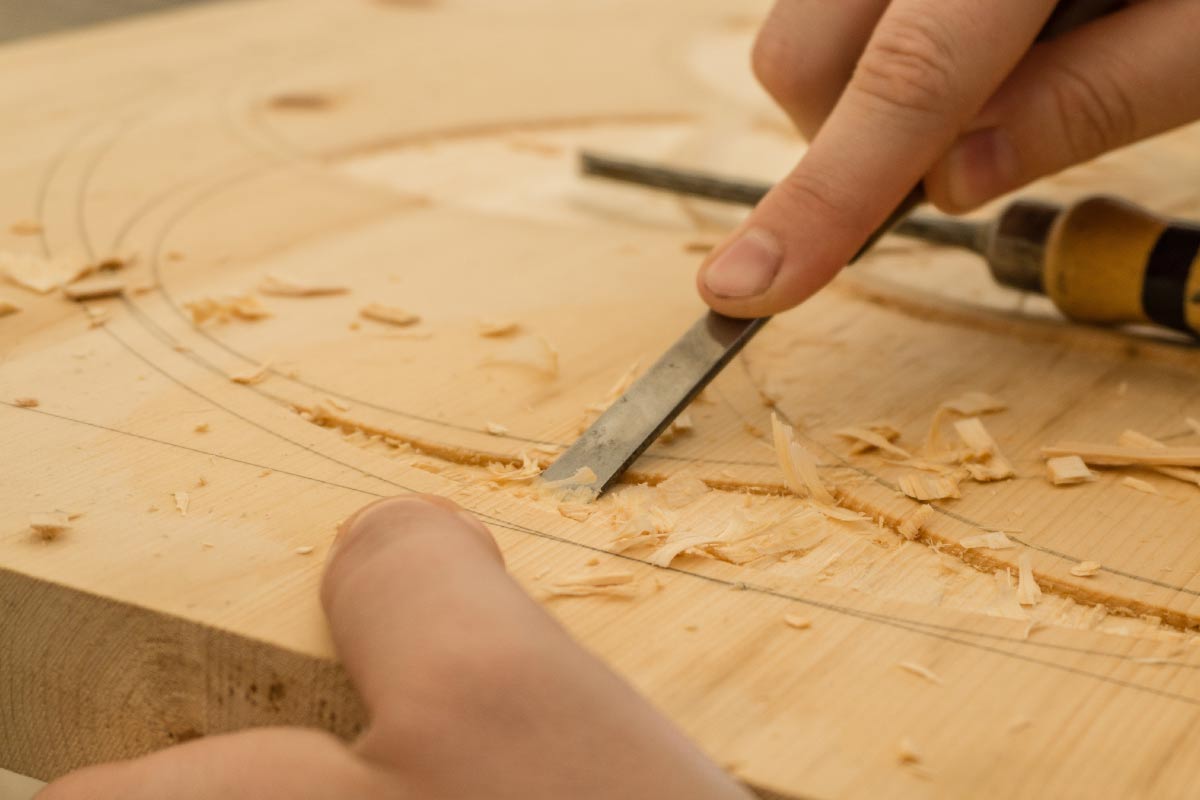 Origin and evolution of Japanese chisels

The chisels are very old carpentry tools, with a story as remote as the Japanese saws or hand planes. Originally, the first Japanese chisels were long, the blade had a double bevel and was attached to the handle with a socket system. This configuration allowed more control over the cut and the blade was easier. In contrast, single-chamfered chisels were used only for cutting small pieces.

This paradigm will change at the end of the 19th century, with the introduction and development of new craft techniques. Little by little, the chisels will be adapted to make finer work. Thus, they will become essential both in construction and in wood finishes. It is at this time when Japanese single-chamfered chisels become popular. On the other hand, those with double bevels will end up being destined only for wood carving.

Another great evolution of the Japanese chisels will take place in the Meiji era (1869-1912). When the Japanese government separates the samurai from the political environment, many katana-kaji (sword makers) will lose their jobs because they have no demand. Many of the secrets of their know-how, preserved from generation to generation, will disappear … but not entirely. Some of these masters will apply that knowledge to the development of high quality carpenter chisels and hand planes.

It is the example of Chiyozuru-Korehide or Chiyozuru-Sadahide. They dedicated their lives to the creation and improvement of sheets for brushes and chisels. His technique, experience and knowledge were passed on to his children. In this learning, discipline, balance and righteousness were fundamental. Therefore, these tools are priceless. The value of each sheet is the synthesis of a story, where the maturity, the spiritual and the life of the craftsman are mixed.

Types of chisels: socket vs tang

As we have seen in previous posts, carpentry chisels are classified according to whether they are socket or tang. In the socket, the handle wick enters the conical body of the blade. Traditionally, it was the most common system in Japan, widely used until the end of the 20th century. The union between blade and handle was maintained by the compression exerted by the hammer in each stroke.

It should be noted that the socket system requires some preparation of the handle. Contrary to what many believe, the union should not fit perfectly in the ferrule. This part of the handle must be worked to a concave shape, with an outer diameter bigger to the blade, as shown in the following drawing. Thanks to this, the union will be firmer and more elastic and the transmission of forces more precise.

On the other hand, tang shoulder fits tightly to end grain of handle. This system was popularized in the late twentieth century, especially in medium and large chisels.

Currently, modern Japanese chisels combine both systems. The firmer union is thus achieved, but it also requires more preparation work. From the outset, the wood handle must be very hard since its size is more compact. Here the traditional white oak is not useful; it is better the tropical woods such as rosewood or ebony. This handle must also have a sagariwa, a metal ring that is placed under pressure at the top. Thanks to this ring, the fibers of the wood will hold together blow after blow, concentrating and transmitting the force to the blade.

In the next post we will tell you more about the different types of Japanese chisels.

Thank you for your comments 😉